In pdrtpy, these are referred to as the wk2006 ModelSet.

These model data start with the 2006 PDR model code and add improved physics and chemistry. Critical updates include those discussed in Neufeld & Wolfire 2016, plus photo rates from Heays et al. 2017, oxygen chemistry rates from Kovalenko et al. 2018 and Tran et al. 2018, and carbon chemistry rates from Dagdigian 2019. We have also implemented new collisional excitation rates for [O I] from Lique et al. 2018 (and Lique private communication) and have included 13C chemistry along with the emitted line intensities for [13C II] and 13CO. In Box 1, we show the currently available spectral lines and those we expect to deploy later in the project. In addition, we will compute ModelSets for a full range of metallicity \(Z\).

In pdrtpy, these are referred to as the wk2020 ModelSet. As of August 2020, we are still computing these models and make subsets available in pdrtpy as they become ready for use. 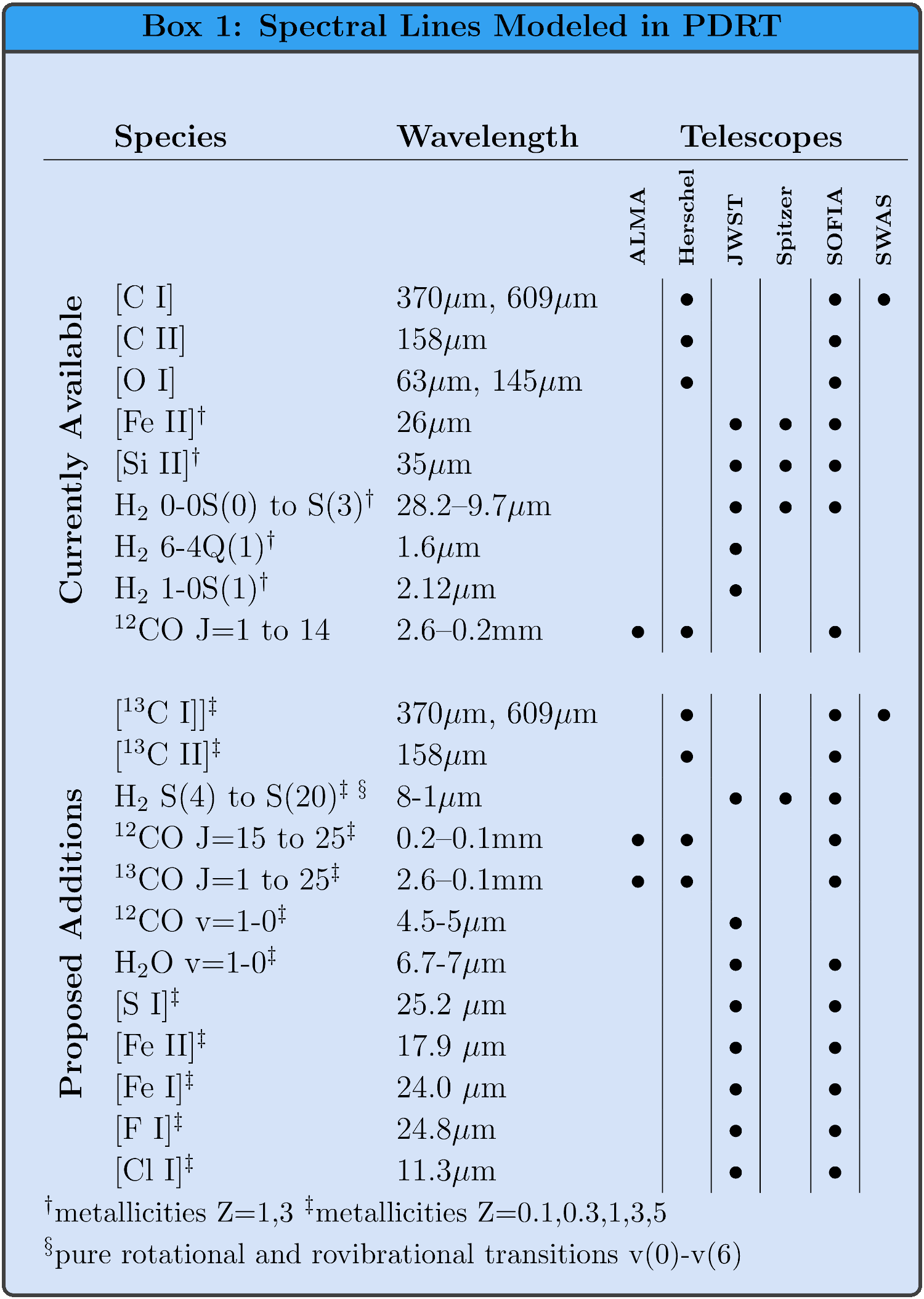 Current and future spectral line and metallicity coverage of the PDR Toolbox.

This feature is not fully implemented yet, but it can be used with a little extra work on your part. To be imported in to PDRT, model files must be in FITS format and must follow our given standards. If you would like to try and use alternate models, please contact Marc Pound.